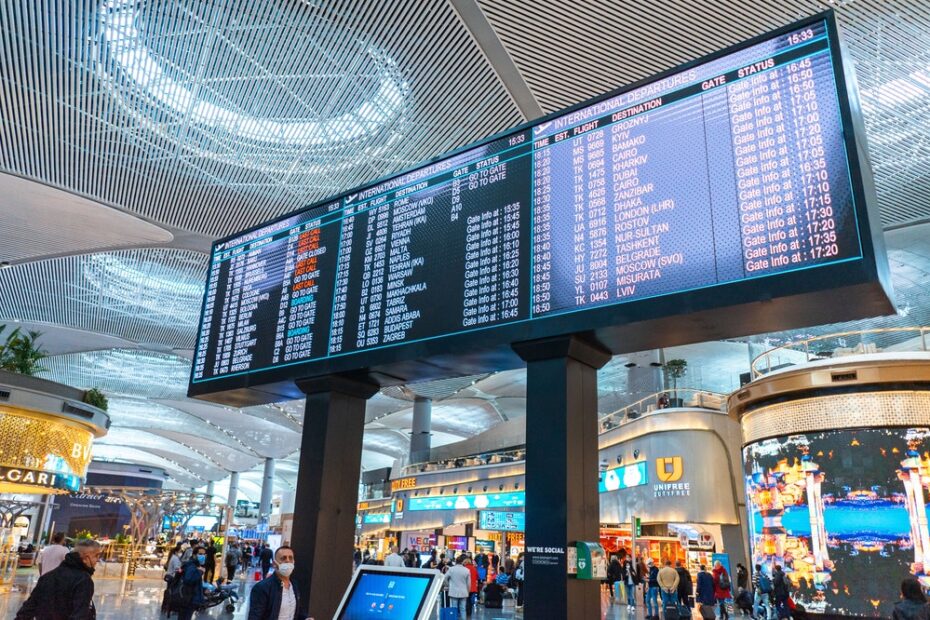 How much can you claim? What happens if you miss your flight?

Most people don’t know this, but in many situations you can claim compensation for a missed flight connection. It doesn’t matter where are you from, the price of your ticket, and whether you have a travel insurance or not — mostly none of that matters. That’s just the laws in the European Union, and KLM has to follow these laws. KLM also has to pay compensation when it is due.

You can claim it yourself, or you can hand it over to professionals.

What happens if you miss your KLM connecting flight ?

Are you entitled to compensation?

The rules in these situations are super simple.

You made it 3 or more hours later, and it was fault of KLM.

If you’re flying to or from Europe, and you reach your destination 3 or more hours later, and it’s due to the airline’s fault — you are entitled to compensation up to €600. If you’re flying with a non-EU airline, it applies only to flights departing from Europe. KLM is a European airline. So, the rules apply to all KLM flights to, within and from Europe.

If you are flying from Paris to Dubai via Amsterdam, Dubai is your final destination. If you have made it to Dubai 3 or more hours later due to fault of KLM, you will be entitled to compensation for missed connection flight for the whole “Paris – Dubai” journey.

1.2 Missing a Connecting Flight Due to Cancellation

The rules are the same as with flight delays.

If you’re flying to or from Europe, and you reach your destination 3 or more hours later, and it’s the airline’s fault, you are entitled to compensation up to €600. You can get missed connection flight compensation if your previous flight is cancelled due to fault of KLM, and as a result you have missed another flight.

These rules apply only to connecting flights.

It doesn’t apply to self transfer flights. You can’t get compensation, if your flights are booked separately. For example, if you have one flight with KLM and one with Wizz Air, and your flight with KLM is cancelled, KLM is liable only for their flight. You can get compensation for this one KLM flight when it’s due, but KLM won’t offer you any help with your Wizz Air flight.

These are the situations when it’s not fault of KLM.

If you miss a flight due to things like extreme weather conditions or airport staff strike, in these situations you can’t get compensation. When in doubt, double check what you’re told.

Another option is to hand over the case to a flight compensation company, for them to double check it on your behalf. Just to be sure you aren’t being lied to. For example, technical problems with the airplane mostly are considered fault of airline (not extraordinary circumstances).

Just fill in our claim form, and our partners will do that for you.

If you have to wait at the airport, you have a right to care.

For example, your flight arrived late due to fault of KLM, you missed connection flight, and now you have to wait for another flight. According to connection flight rules, KLM has to offer you a new flight for free. In this case you also have a right to care from KLM, as long as the waiting time at the airport is at least 3 hours more than planned.

2. How to Claim KLM Flight Compensation?

There are two ways to claim EU flight compensation.

One of the options is to contact KLM directly. Contact KLM customer support center via their website, and request compensation for missed connection. Be prepared that it may take months. Be also prepared to negotiations. It’s great if you know how much later you arrived to your destination, and have some sort of proof to show.

You can also take the easiest path — legal representation.

In this case everything is handled by legal professionals.

Our partners offer such services.

When choosing this option, here is all you will have to do:

Go to
this page

Fill in a claim form

And that’s it — the rest is handled by professionals.

* Your boarding pass and passport or ID copy.

Mostly it takes at least a couple of months.

On average it takes between 2 to 3 months.

It’s from the moment you file a claim until your KLM flight compensation arrives in your bank account. Every time there’s a need to take a case to national enforcement body or court, it adds at least a couple of months, sometimes 6+ months to the whole process. That’s one of the reasons why so many choose to work with flight compensation companies instead of doing everything themselves — because it can end up being a lot of work.

Here is how you can calculate the amount of KLM flight compensation:

When destination is within the EU:

If the distance of your flight is
up to 1500 km

When your destination is outside the EU:

If the distance of your flight is
up to 1500 km

If the distance of your flight is more than 3500 km

There’s one exception. When the distance is 3500 kilometres or more and you reach your destination 3 to 4 hours later, you are entitled to compensation of €300, not €600. If the delay is longer than 4 hours, you will get full compensation of €600.

You might be offered a voucher instead of compensation.

Many airlines were offering coupons during COVID crisis.

However, you don’t have to accept a voucher or coupon. Unless, of course, you want a coupon instead of money. Airline compensation and refunds have to be paid in cash or by bank transfer. Always.

4.1 What Is a Connecting Flight?

A connecting flight is two or more subsequent flights.

To put it simply, having a connecting flight means you have to change planes at some point. You are not flying directly from A to B, but there is also be C. You fly from A to C, and then from C to B. Sometimes there are more than a single stop. A wait at the airport between the flights is called a layover.

There are two types of connecting flights:

How to find out if you have an airline-protected transfer?

You have two or more flights one after the other.

If you have booked these flight separately, it’s called a self transfer.

If you have two or more reservation numbers, it’s a self transfer.

If you paid for these flights separately, it’s definitely a self transfer.

Sometimes it might be hard to distinguish the two, self transfer and airline transfer. For example, kiwi.com allows you buy several flights as a single booking. But if you look at the boarding passes, you’ll see that each one of them has their own reservation number or so called booking reference. That means it’s a self transfer.

Mostly flight search sites tell it somewhere, if it’s a self transfer.

It happens when you are running late for flight and miss it due to delay or last minute cancellation of the previous flight. Whenever your flight is late or cancelled, you can easily miss your next flight. Especially if the layover or flight connection time is only 1 or 1.5 hours long. In this case, it’s very easy to miss a flight.

It’s great to know that very often you are protected by your airline. If arriving late to your destination isn’t a big problem, sometimes it can also be beneficial for you to have a delay, because you may also receive a flight compensation up to 600 euro per person. If KLM messes up, it’s their responsibility to find a solution with your KLM missed connecting flight.

This is the easiest and safest option for you.

You’re protected and you may also be entitled to compensation if something goes wrong. If your flight is cancelled, you’re given a new flight, but you still miss your connecting flight. And also every time a flight delay causes missed connection. In all these situations you are protected. You are given a new flight, and sometimes you are also entitled to compensation.

Just get in touch with KLM representatives at the airport.

What about a refund or compensation?

You can’t get a refund for missed flight, but you may get missed flight compensation for your whole journey, if it flight falls under the EU Regulation 261/2004. Since the amount of the compensation isn’t affected by the price of your flight ticket, in most situations it’s even better — you can get 200 or 400 euro even if you paid only 40.

Don’t forget to file a claim for compensation!

These are several flights that are booked separately.

What happens if you miss connecting flight due to delay?

If any of these flights is 3+ hours late, cancelled or you are denied boarding, then you might be entitled to flight compensation for that particular flight. But neither of the airlines will be responsible for your journey as a whole or for any missed flights.

If it’s a long delay, you may get a compensation from Wizz Air.

If it’s a last-minute cancellation, you may get a new flight or refund and compensation from Wizz Air for flight 1 — that’s the rules in the European Union.

However, if you miss your KLM flight as a result, it is your responsibly to buy a new flight to your destination. Neither Wizz Air nor KLM will compensate you anything for flight 2. You won’t get compensation for missed flight connection.

If you have missed flight insurance, contact your insurance company.

Do you have any questions about KLM compensation policies? Ask in the comments.